A Cluster of Thoughts

I can't quite comprehend whether it's the real life or just fantasy.

“I’ve got 10 years to fill a stadium, but only 2 minutes to fill your cranium. Humble the Poet, signing in.”

34 year old Kanwer Singh, a.k.a. Humble the Poet has the honor of being one of the first (and I believe, only) Sikh Punjabi-Canadians to be in the music industry, nonetheless, as a rapper. We must first and foremost thank his parents for coming to Canada and allowing the world to see Humble, hear him, and absorb everything he has to say – which is rich and fruitful to say the least. He releases his hip-hop tracks for free, as he believes that by charging people to listen to his music, the fact that they would have to pay to hear what he has to say bothers him, as he simply wants to spread his message and educate people on their own terms.

Taking a look at all the different media he’s created and released, he relays messages about self-love, defying the normal, serious social and societal issues, dealing with self-inflicted issues, and so on and so forth. He entered the mainstream hip-hop world with a song about victims of drug and gang abuse and violence among the Indian immigrant community in 2008, and since then he’s been wanting to show exactly what kind of voice rap could bring, rather than the general and somewhat rash topics most hip-hop music is based on today. Having first started uploading self produced music to YouTube in 2008, along with videos sharing his knowledge, he now has a platform he developed called “The Poet Project,” where he shares his music, linguistics, videos, and education to the world. He has performed many shows worldwide, one of the most notable being at Lollapalooza in 2012, works closely with, performs with, and has collaborated on projects “#LEH” and “IVIVI” with YouTube comedian Lily Singh (IISuperwomanII), and has an album titled “F.E.A.T.H.E.R.S.” in which he sticks with his message conveyed through everything else he does, among the many accomplishments he has for his name.

In March, 2014, Humble released his book Unlearn: 101 Simple Truths for A Better Life, which basically embodies what the title is aiming at. In this book, he describes and relays “the stuff you know, but seem to  have forgotten,” and gives his own wisdom and lessons on things like why we’re unhappy, how your reputation is a prison, how to trust and love yourself, deciding your self-worth, loss, how to be more confident and the list goes on. He simply enjoys conveying his knowledge on the world, and believes that life should be a journey on which we are constantly learning. The book, along with all his other endeavors, including teaching third-graders, reinforces this principle that we should forget about what the world has taught us to think, and focus on thinking more for ourselves by learning about the world ourselves.

“Staying open minded, learning as you go, and allowing yourself to evolve as a person is what’s going to make this journey of life fun to be on.” – Humble the Poet (Morals Aren’t Real) 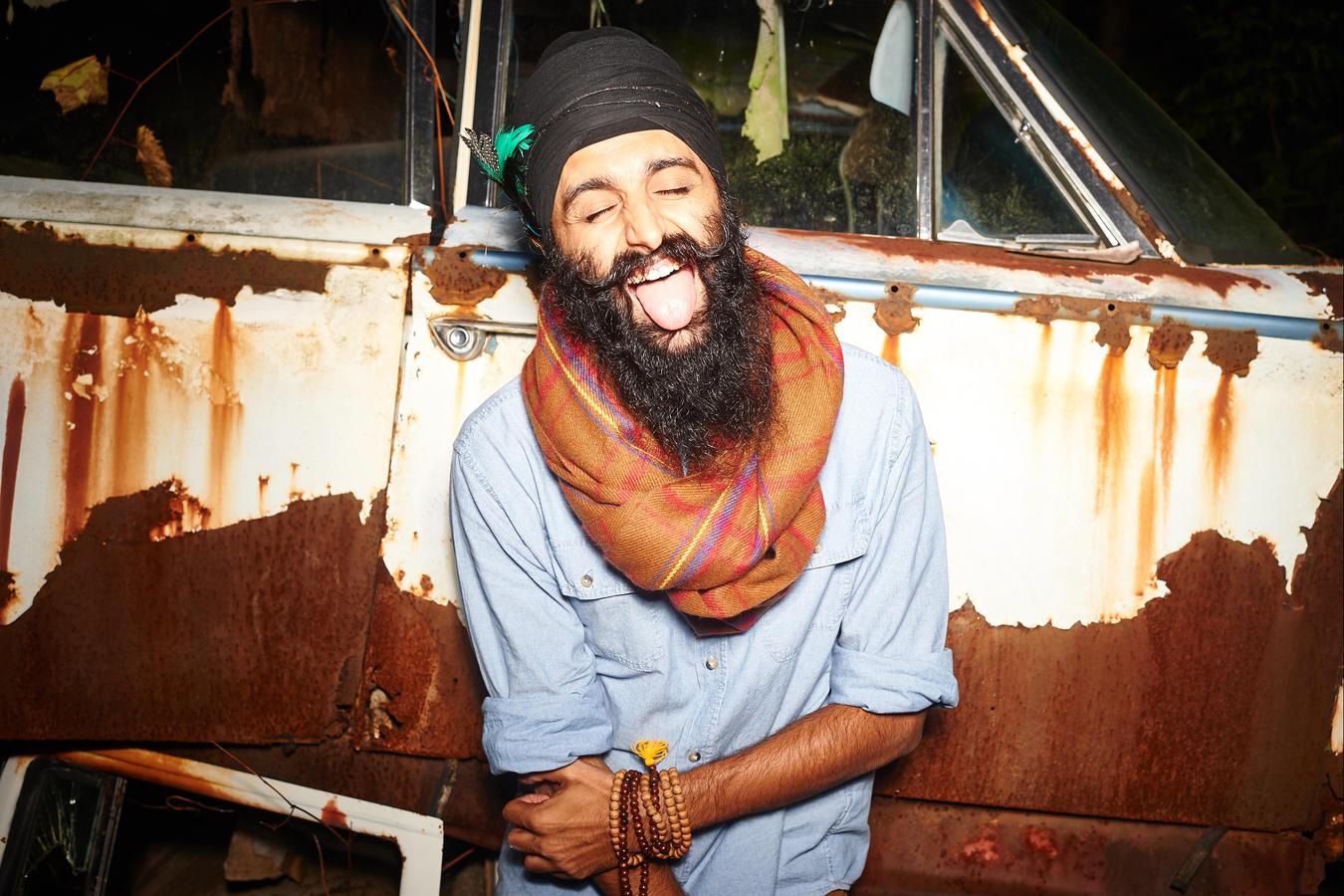 I feel it was almost necessary to conduct such a study on Humble, as I see myself in him, and in what he does. We are both of similar heritage, born and brought up in Canada knowing our parents came here to make our lives better. I share many of the same outlooks as him on life, as I can see through following his music, YouTube videos, and writing, and I strive to live a life not only through music and performance, but through making the world a better place through education. I think it’s so important, what he’s doing, the kind of energy he gives off. Though we do share obvious differences like gender and religion (myself being more agnostic, and him being Sikh, though he describes himself as being born into the Sikh/Punjabi heritage, and that he doesn’t view Sikhism as a religion but more as a lifestyle. He finds the Sikh scriptures to be more intuitive. The word “Sikh” means student/disciple, and he sees himself as a life-long learner. I can definitely connect with this concept, regardless of religious practices), I find I relate to him in such a strong way, in terms of not only race, but beliefs, views, priorities and thoughts on injustice, the urge to share a personal message to the world, and I find I can relate and draw from everything he says. He takes the complicated thoughts of life, the “unanswerable” questions, and answers them in simple, and sometimes even amusing ways that make sense, but don’t stray from the message he wants to convey. That, I believe, is a very deep and true wisdom.

“Being myself is much more important than appeasing people who are going to judge me based off my language, or anything else that’s superficial.” – Humble the Poet (Is It Wrong to Swear?)

I already am so inspired by what Humble has to say and what he brings to the world, and I hope that doing an in-depth study on him and how he came to be able to share his thoughts, wisdom, and talents with the world will inspire me further to achieve what I want in life. I find it a bit crazy how someone I don’t even know, someone who doesn’t even know me, can make me feel so understood, and can say what I want to say without even asking me. I would be really interested to really know his roots and inspirations, where he came from and how he came to what he is now, both knowledge wise and performance wise. It’d be intriguing to understand his perspective on being a Punjabi and Sikh person in the industry he’s in, in terms of racism, superficiality, etc, as it’s no doubt different that any other person being involved in such a field. I would also like to get a better handle on his message, on exactly what he does and why, on some key parts of his own life that have made him so aware of the world around him, and so sure of the person he is.

“My purpose on this planet right now is to realize my potential, and that’s something that’s gonna be larger than life.” – Humble the Poet (Not Everyone We Lose is a Loss)